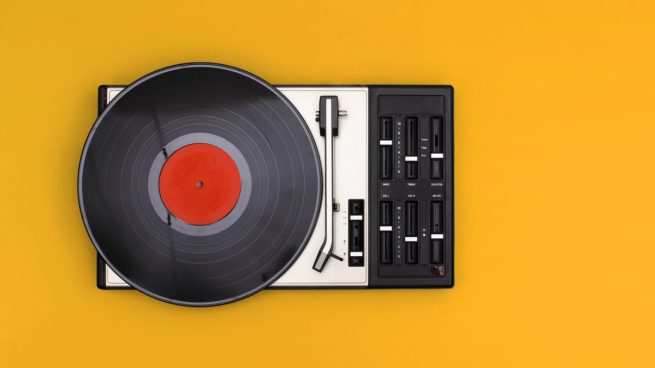 Songs with voiceovers. We love music. We love voice over. The creation of a playlist based on the harmonious mix of these two passions of ours was just a matter of time. A complete compilation of songs with different music styles and voice over in 3 languages: English, Spanish and Arabic (so far!).

What can you find in our Spotify playlist “Songs with Awesome Voiceovers”?

You will find the King of Rock & Roll, the king of Pop, the Queen of Soul, and the Princess of Pop. If we had to choose one king or queen, we wouldn’t be able to decide.

You will also find Mr E., singer from the band Eels and son of the famous US physicist Hugh Everett III, the first scientist who came up with the parallel universe theory.

And another amazing find: a song about the one of the most important mathematicians of Ancient Greece, Archimedes of Syracuse. Yep, he’s the one who dropped a votive crown in the tub to check if it was really made entirely out of gold, or if silver had been used during its forging in order to con Hiero II of Syracuse.

You will also hear fragments from famous Spanish poet Antonio Machado’s poem “Caminante no hay camino”, as well as the voice of the wife of David Mamet, movie director best known for movies such as Glengarry Glen Ross, The Untouchables or The Postman Always Rings Twice.

Here is the complete list of songs and artists in our Spotify playlist “Songs with Awesome Voiceovers”:

What do you think of our songs with voiceovers selection? Do you have a personal favorite? Can you think of another song with VO which would fit right in in our “Songs with Awesome Voiceovers Vol. 2”? Do let us know!

You may also like
Merry Rocking Christmas & Happy New Year 2021
Horror Movies: The Most Terrifying Voiceovers in Trailers
The 10 Most Spoken Languages in the World

One thought on “Songs with Awesome Voiceovers Vol.1”