Silent Hill P.T. When a Game and a Voiceover Come Together to Redefine Horror 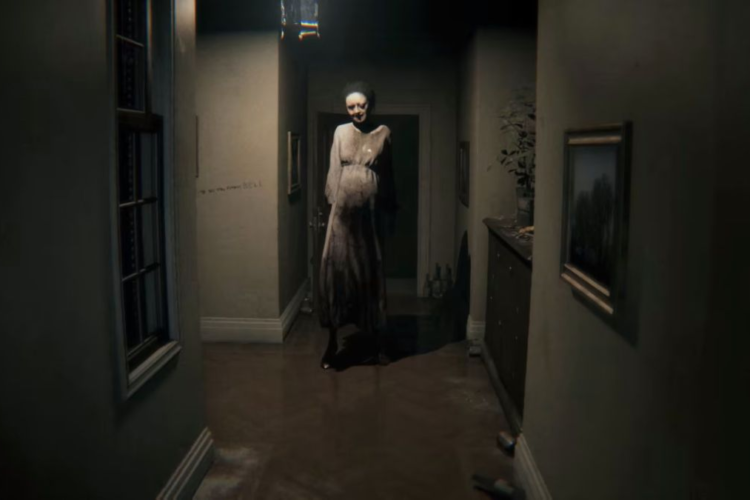 Home » Blog » Silent Hill P.T. When a Game and a Voiceover Come Together to Redefine Horror

P.T. Silent Hill is still the best horror gama ever. First and foremost, we must make clear what “P.T.” stands for: a P.T. is not, as you may have thought, a Personal Trainer; in fact, it has nothing to do with what this article is about. P.T. is an abbreviation of “Playable Teaser”, in other words, a video game demo.

Let’s fly back to August, 2014. Hideo Kojima (father of the Metal Gear Solid saga, among others, who was a still member of the videogame company Konami, took part in an extremely special collaboration: he, along with film director Guillermo del Toro and actor Norman Reedus, gave birth to a new installment in the Silent Hill franchise, which was going to be called Silent Hills (yes, the name wasn’t exactly original, although the content was). To give gamers a taste of its atmosphere and aesthetic, they released a playable demo called P.T., and it turned out to be one of the scariest games ever made, despite its short duration.

Why did Silent Hill P.T. become the scariest video game of all time?

One of the key elements that made this videogame one of the most terrifying in history was the voice over. And the fact that one single voice talent could generate such a panic is an achievement to behold. Without a doubt, it was the perfect complement to some maddening images, even when it sometimes is just dimly heard, as an ambience. Subtlety can sometimes make for the creepiest feel.

Fear is easily explained (although not everyone is able to generate it). It’s just like in the movies: scares must be set up carefully, making the most of every chance. If you rush it, you can end up with a laughably silly scene, that’s why there are so many supposedly scary movies that end up looking like comedies. Silences, volume increases and other elements must be carefully controlled for the greatest possible effect. And at this, Kojima and del Toro achieved an incredible videogame.

Of course, in order to make the most of the gaming experience, it demands certain conditions: it should always be played by night, with the lights off, on a good-sized and well-calibrated screen (without any extra enhancements or adjustments) and with an excellent surround sound equipment (or headphones that can emulate the effect).

The game begins, without any exposition sequences nor intros, with a first person view moving down a corridor and arriving at a house in very poor shape, dirty and full of sinister items.

And in the soundtrack, you can faintly hear a voice talking.

The second reason for P.T.'s success is the voice over.

The voice tells us, in all naturalness, about a horrible crime. But then, sometimes his sentences seem to be addressing… us, the players? “Turn around. I said, turn around.” Yes, we could think that this was paraphrasing a character or… that it was really directed to us. We won’t reveal what the case finally is, but we can say that this voiceover catches us off-guard, as it seems to break the fourth wall.

In fact, Kojima is a proven expert at that, as his games have repeatedly shown, such as the most recent Death Stranding (included among our top games dubbing, both in English and Spanish) with Norman Reedus looking at the screen and even winking.

But, what is achieved with that break? The most important thing: to make the user participate in what’s happening, instead of him/her watching from a distance. In other words, the player not only plays the game, but is responsible for how the story turns out. And thus, there’s another reason for terror: if we’re scared, it’s our own fault, because we decided to go on with the game. The inevitable, basically.

P.T. was, is and will be remembered not only for being an incredible experiment. Although the full game didn’t finally materialize (the breakup between Kojima and Konami, as well as the founding by Kojima of a new study, stopped the project), the teaser remains a true lesson in making a scary game, pure and simple horror. No need for gunfights, zombies, gushing blood, or ghosts (well, at least in plural). Because it is one thing is to be scared, and quite another one to terrify. And the Kojima/del Toro/Reedus team terrified us like no one had ever done before.

Where can we find the Silent Hill P.T. Demo?

Unfortunately the answer is that officially there is no way, since the demo was erased from digital stores shortly after the breakup between the Japanese genius and the company. However, you can see full gameplays, but it’s far from ideal. There are also players who have made it available to the gaming community, but always unofficially, by offering it as a free download.  Still, it remains difficult to find. Different copies and/or tributes have also been made in the years since, with different levels of success. But of course, none of the matches the original P.T.