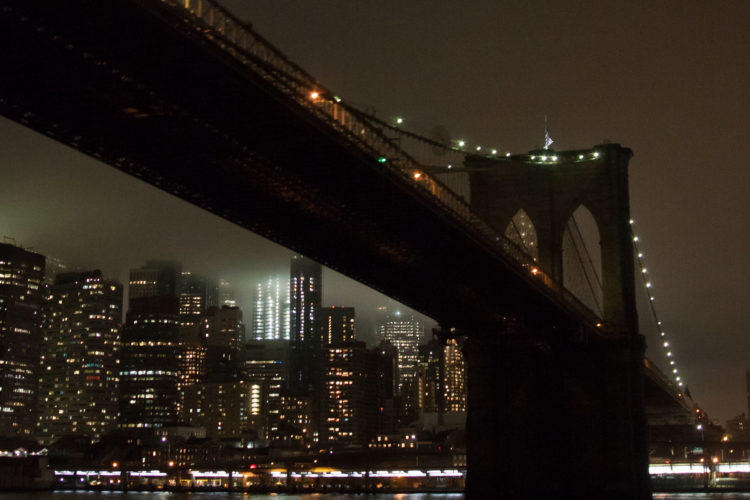 New York City Movies and Voiceover. We want to share with you some unforgettable moments in Film History centered in the Big Apple. These are films in which a voiceover describes New York while we see images of the city. Our examples are from films different from each other in time, style and intention. Let’s have a look at them.

The first film on the list is the most obvious and fundamental: Manhattan, the wonderful tribute Woody Allen made to his birth city. The voiceover is interesting because it tells several things at once. On the one hand, it characterizes the protagonist of the story: he is a somewhat insecure, romantic and ironic writer. On the other, he describes the city in poetic terms, speaking of its people, its aesthetics, of what it represents on a cultural level. And finally, it sets the tone of the narrative right after the movie starts: we are watching a comedy. But not a laugh out loud comedy based on gags at all costs, but a more realist one, that emotively portrays human beings.

The splendid black and white photography by Gordon Willis and George Gershwin’s music (Rhapsody in Blue), are integrated with the voice forming a consistent whole: a romantic, melancholic and slightly sardonic mood.

” This is the Fordham section of the Bronx. My home. A world unto itself. You can get to any borough in fifteen minutes from here, but they might as well be three thousand miles away. That’s Mt Carmel church. And the sound of the bells would fill the neighborhood. It was 1960 and doo-wop was the sound on the streets. It felt like there was a doo-wop group on every corner back then. What a time it was…”

On the opposite end is A Bronx Tale. Instead of a romantic vision of the city as a beautiful and stimulating place, here we have a chronicle of life in a poor and depressed area. This is also New York.

The voiceover is characterized by the protagonist’s accent (he belongs to one of the immigrant families that populate the neighborhood). He tells us about his childhood with bittersweet nostalgia, about places that marked him and that we see in the images: dark, dirty and dangerous. He also talks about a very particular time: the 60s. Nostalgia and tenderness are mixed with the denunciation of a social problem in a dramatic paradox.

“On November first, 1959, the population of New York City was 8,042,783.  If you laid all these people end to end, figuring an average height of five feet six and a half inches, they would reach from Times Square to the outskirts of Karachi, Pakistan.  I know facts like this because I work for an insurance company — Consolidated Life of New York. “

Our last example is from one of the great classics of American cinema: The Apartment, directed by Billy Wilder in 1960, and winner of three Oscars in that year, to the categories of Best Picture, Best Director and Best Screenplay.

A bittersweet comedy that reflects the inevitable corruption in any human organization (the insurer in which the film takes place, but also New York), it starts with a voiceover of the protagonist, a resource much appreciated by its director. It presents the main character as formal, innocent, and mediocre. In addition, the situation of large companies and cities like New York is exposed: thousands of people coexist, with the alienation that that implies. And finally, it makes us laugh (or at least smile), because it begins as if it were a documentary, with impersonal data and apparently stock footage, when it’s actually a human that is speaking about his life.

Do you remember any other movie with a voiceover that talks about the Big Apple?

You may also like
Mel Blanc, the Greatest Voice Actor of All Time
Horror Movies: The Most Terrifying Voiceovers in Trailers
Top 10 Most Memorable Voice Acting Performances in Movies